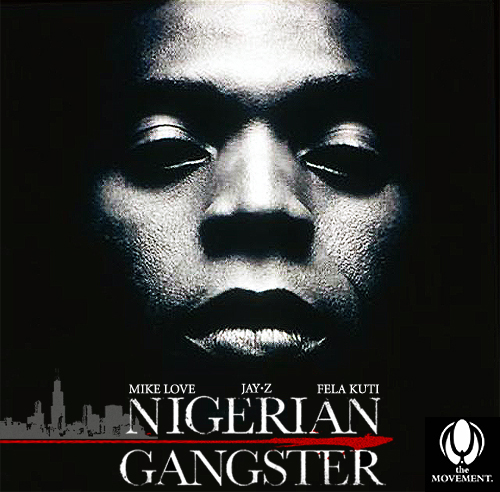 I’m pumped about this, even though I’m late to the party. Mike Love came out with “Nigerian Gangster”, a mash-up album of Jay-Z’s “American Gangster” album with various samples from Fela Kuti songs back in 2008. Fela is known as the key pioneer of afrobeat music, and is a ridiculous human being in general. He’s was born in Nigeria, studied music at the Trinity School in London, became a die-hard Black Panther supporter, moved back to Nigeria with his band, declared his property to be an independent African nation, and turned it into a recording commune. ANYWAY. The album as a whole isn’t spectacular, but its most popular song, “Roc Boys”, a mash-up of “Water No Get Enemy” by Fela (from his 1975 album “Expensive Shit”) and “Roc Boys (And The Winner Is…)” by Jay-Z, works mad well and is definitely worth a listen.

“Water No Get Enemy” by Fela Kuti

“Water No Get Enemy”

“Roc Boys (And The Winner Is)”

This entry was posted in Mash-Up and tagged Afrobeat, Fela Kuti, Jay-Z, Nigerian Gangster, Roc Boys, Water No Get Enemy. Bookmark the permalink.

2 Responses to Jay-Z vs. Fela Kuti